Sunlight readable display solution :
Optical bonding technology
TFT LCD is the core of liquid crystal display. There is a polarizer on the front and back of the LCD panel. Especially the front polarizer is exposed to the outside. Due to the manufacturing process and material characteristics of the polarizer, it is generally not wear-resistant. It is easy to degumming and degeneration in case of moisture. It can't be used directly for outdoor display. The outdoor LCD screen needs to add a protective lens or touch screen. Ordinary screen glues the cover to the LCD screen, and an air layer is created in the middle, so that three reflective surfaces are formed from the outside to the inside, which are the surface of the touch screen, between the air and the touch screen, and the air and the touch screen. Two reflective surfaces are formed from the inside to the outside, which are the LCD screen to the air and the air to the back of the touch screen.

To improve the visibility of sunlight, in theory, we must start from the following aspects:

*Decreasing the brightness of reflected light, ie reducing the reflectivity;

*Improve the brightness of the white field of the screen; (LEEHON high bright LCD display) 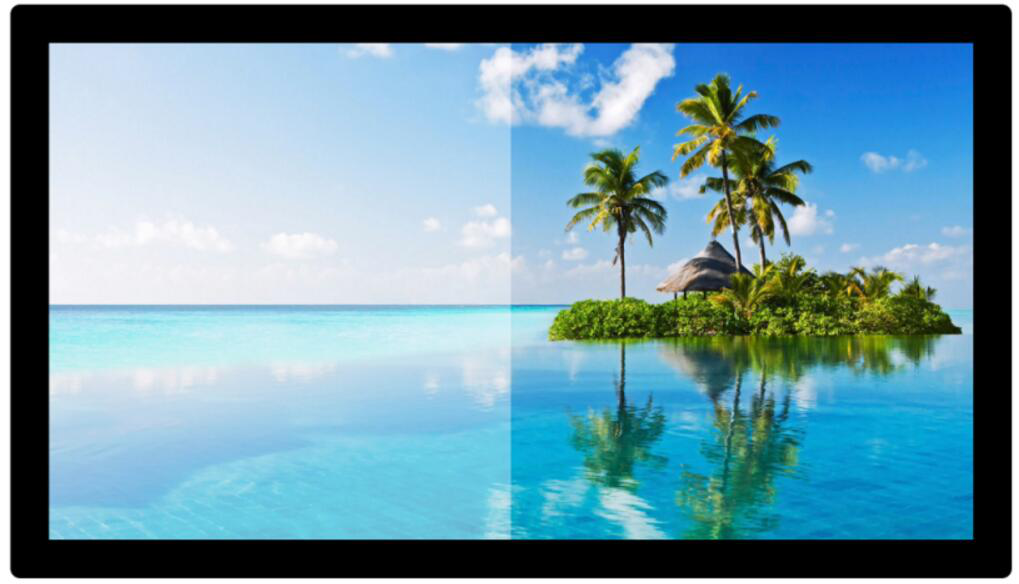 In order to increase the readability of the LCD screen under strong light, LEEHON has improved in the following aspects, greatly increasing the display optical effect and anti-vibration performance of the display, realizing the liquid crystal display to be clearly visible in sunlight, and enhanced Competitiveness in liquid crystal displays in high-end, outdoor and other fields.