What is the difference between tft LCD and IPS?

What is the difference between tft LCD and IPS?

The tft LCD screen is generally referred to as the "active panel", while the core technology of the "active panel" is the thin film transistor, that is the TFT, the TFT liquid crystal screen works on the liquid crystal display. A liquid crystal pixel is driven by a thin film transistor integrated therein, that is  TFT.
Simply put, the TFT is configured with a semiconductor switching device for each pixel, which can directly control each pixel by point pulse. And because each node is relatively independent, continuous control is also possible. 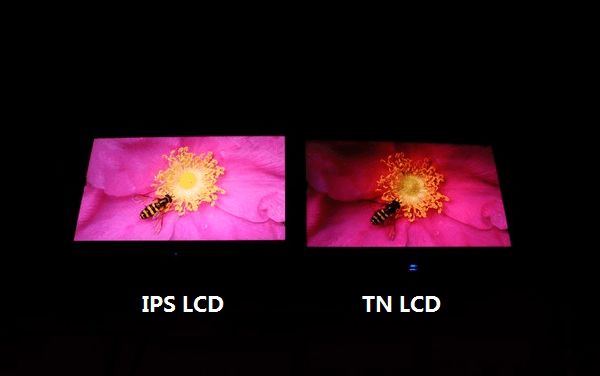 The full name of the IPS screen is (In-Plane Switching). The IPS technology changes the arrangement of liquid crystal molecules. The horizontal conversion technology accelerates the deflection speed of liquid crystal molecules, ensuring that the image clarity can be exceeded when shaking. The strong expressive power eliminates the blurring and watermark diffusion of the traditional LCD screen when it receives external pressure and shaking. Since the liquid crystal molecules rotate in a plane, the IPS screen naturally has a fairly good viewing angle performance, and the four axial directions can achieve a viewing angle close to 180 degrees.
Although the IPS screen technology is very powerful, but it is still a technology based on TFT, the essence is still the TFT screen. Regardless of the extent to which the IPS is strong, it is based on TFT, so the tft LCD and ips are derived from one.